Yield Curve: What Is It Telling US?
YOUR WEALTH
HAS A VOICE.
LET IT BE HEARD.

Yield Curve: What Is It Telling US?

What are the economic and market implications?

In March, the real action had been in the bond markets with US Treasury bonds registering their worst quarter since 1973. Treasury bonds actually underperformed the S&P 500 for the quarter. There has been a rapid repricing of yields year-to-date with US 2-year Treasury yields rising +174 basis points, even faster than 10-year US Treasury yields climbing by +82 basis points. Hence, the yield curve has inverted on several maturities. (Chart 1) In particular, the shorter end of the curve with the 2-year Treasury yields at 2.4% reflects the market pricing of eight more hikes this year. 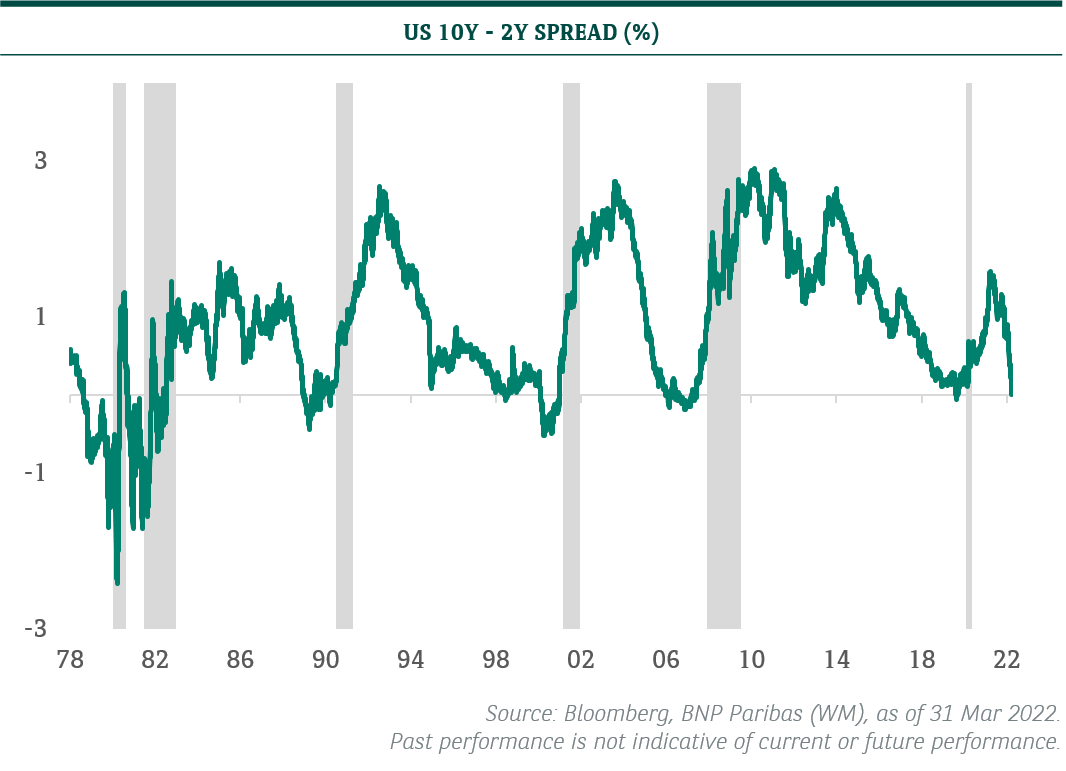 In addition, other curves like the 10 year–3 month are actually steepening. Keep in mind, the 3-month yield is anchored by the fact we have only had one Federal Reserve rate hike, but nonetheless it normally would more correlate with the other curves.

How useful is the Yield Curve as an Indicator: Long Lead and Lag Times

The problem with basing all your asset allocation on the yield curve are the lags. What does history tell us?

While we have made downgrades to GDP and upgrades to inflation, we do not expect a recession in 2022. Keep in mind the lags on monetary policy as discussed above.

How Do Equity Markets Perform In Fast Rate Hiking Cycles?

It is interesting to separate the performance of S&P 500 during periods of fast and slow rising rate hike cycles.

Historically, going back to rate hike cycles since WW2, the S&P 500 rises on average 5.3% one year after the first rate hike. However, in slow tightening cycles, the returns are +10.5% and fast tightening cycles -2.7%. At the same time, returns are positive in the second year in slow tightening +1.6% and fast rate rise cycle +4.3%. Of course, this is just one factor driving part of our neutral equity view made before consensus in February.

The global equity market had a bounce-back in March due to the containment of the Ukraine War. At the same time, we upgraded US equities from underweight back to neutral as well as raising US technology which incidentally led the rally and consumer discretionary sectors back to neutral. We felt that the US could rally short-term and indeed that transpired with the S&P closing down at the end of the quarter -4.9% recovering from a year-to-date drawdown of -14%. From here on, we expect a more range-bound environment in the S&P 500 and most global equity markets, pending the situation in Ukraine, the extent of inflation and the upcoming tightening from the Federal Reserve.

In that regard, it was interesting the yield curve flattened into the upcoming quantitative tightening, when normally it steepens.

After the increase in Treasury yields and German yields we turn neutral on developed market government bonds. This is the first time in 9 years. There are finally some emerging alternatives to cash, as we favour US short-term government bonds within the overall neutral view.

Additionally, we increase our 10-year yields targets to 2.50% in the US and 0.75% in Germany in one year. We expect balance sheet reduction to be announced / start in May rather than July. The ECB could taper its QE in Q3 and hike rates in December. 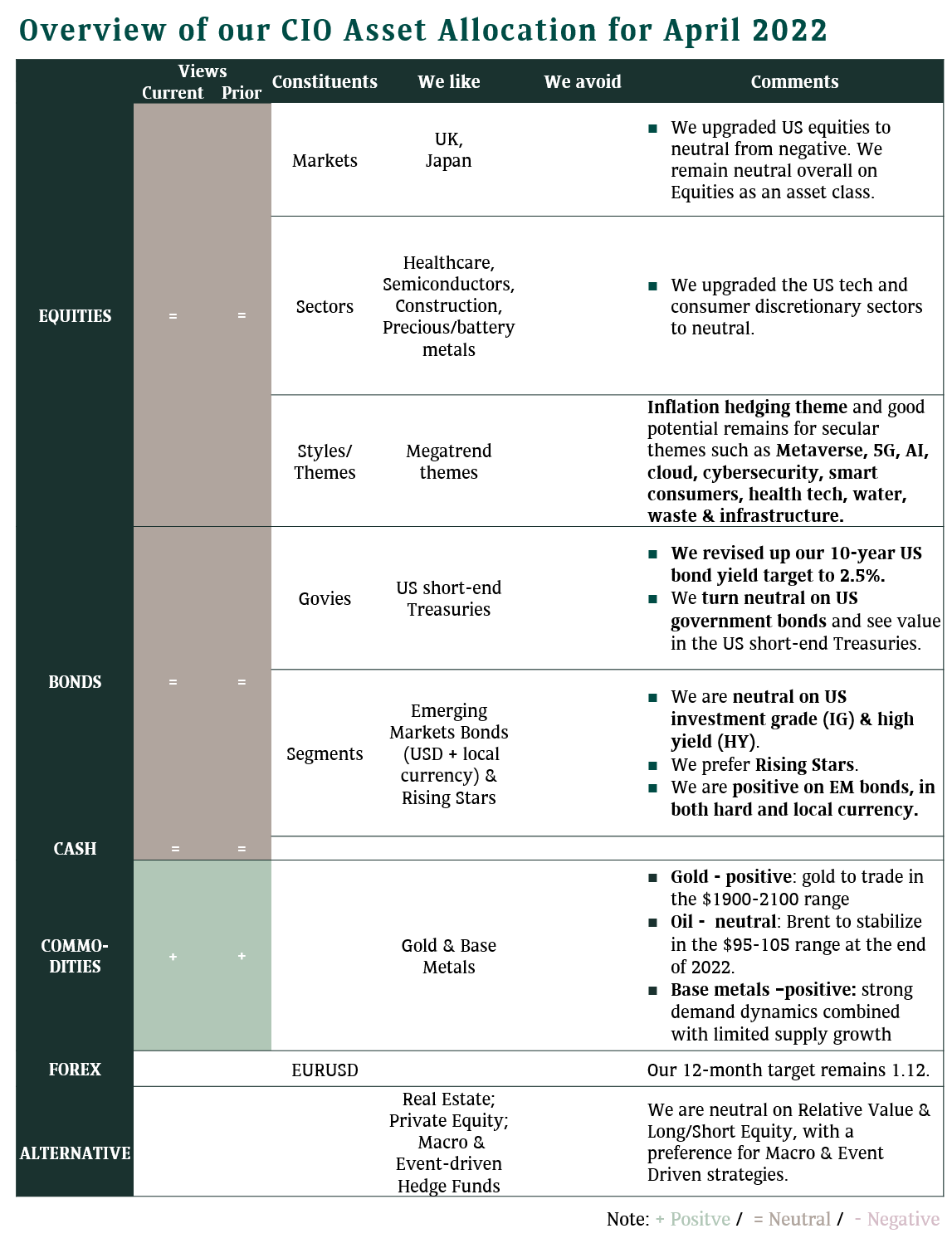 Save the Climate, Save Your Pocket

Save the climate, save your pocket

Cross-Asset: Equities Depend on The Good, Bad, & The Ugly