"What's good for the environment is good for business"

Fabien Cousteau, grandson of Jacques-Yves Cousteau, was invited as a keynote speaker at our "Impact Journey" event on June 3rd. Here’s his take on how we can contribute to the sustainability of the planet and how we can have a positive impact on the economy. 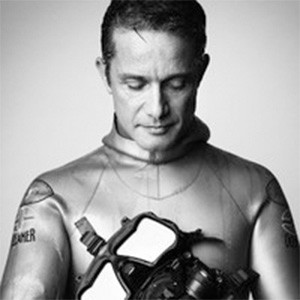 How have the oceans inspired you over the years?

Ocean is life. No blue no green. Water, which is represented mostly (98%) of ocean is responsible for all that we know, we cherish, we depend on, and that we love. Yet, despite all of the efforts of pioneers such as my grandfather we have barely scratched the surface of this amazing alien realm. As a third-generation explorer the plethora of mysteries and secrets yet to be deciphered are what drives my curiosity. The satisfaction of sharing our adventures and tantalizing others to dream of the blue frontier is what inspires me to do even more.

In 2016, you founded the Ocean Learning Center (OLC) Its mission is to raise public awareness, educate and inform people of ways to protect and preserve the planet’s waters. According to the recent report by the Intergovernmental Science – Policy Platform on Biodiversity and Ecosystem Services (IPBES), 66% of ocean areas have been “significantly altered” by people.

How can people help today to preserve the oceans, marine habitats and marine life? Is there something we can do in our daily lives that will make a difference even if we live far from the ocean?

It goes back to something my grandfather used to tell me: “People Protect What They Love, They Love What They Understand, They Understand What They Are Taught” … We must all understand the plight of our ocean is reflective of our very own future. If we invest in our life support system, the ocean’s health, we are investing in the viability of our children’s future. We spend more than a 100x in space exploration. It’s high time we understand that in order to survive we must invest in the proper management and conservation of our home.

You do a lot of educational programs and activities at OCL. How are you making children the next “generation of advocates”? What motivates children to be environmental champions?

Children and heightened ocean education are key to making sure the mistakes of the past do not happen again. I was a terrible student in school because I was exposed to traditional educational practices. For a child with attention issues and stimulated by family expeditions, it was not conducive to keeping my attention while I was dreaming of the next adventure “out there”. I learned so much thru experiential learning in the field with experts guiding the way. At the OLC we aim to empower and impassion youth to become better stewards by experiential program. Using audio visuals, conferences, and cleanup and restoration activities we engage those participants in proactive thinking and acting. For more information you can go to: www.fabiencousteauOLC.org

We are very honored to welcome you as the keynote speaker of our “Impact Journey” event on June 3rd. If there were one thing that you would like our guests to remember following your speech, what would that be?

You are the problem- you are the solution. We are all in the proverbial same boat. Every person must participate if we are to fathom a better outcome than is currently forecasted. People can create miracles if pushed to task. There is no more time for debate. I’ll leave you with a law from the great Iroquois Nation: “For every deliberation, we must take into account the impact on our next seven generations… “

“Young people are crucial to the health of our ocean. Just as my grandfather Jacques-Yves Cousteau inspired a generation of ocean advocates, it’s now time to pass that excitement for our ocean to the next generation.” – Fabien Cousteau 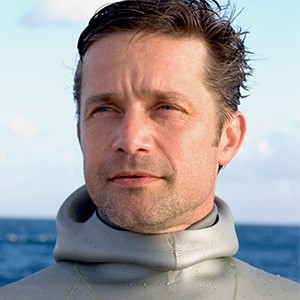 As the first grandson of Jacques-Yves Cousteau, Fabien spent his early years aboard his famous grandfather’s ships, Calypso and Alcyone; and learning how to scuba dive on his fourth birth- day.

He is well known for his study of sharks and from 2000-2002, Fabien was an Explorer at -Large for National Geographic and collaborated on a TV special that aimed to change public conceptions about sharks called, “Attack of the Mystery Shark”.

In 2003-2006, he produced the documentary, “Mind of a Demon,” that aired on CBS. With the help of a large crew, Fabien created a 14-foot, 1,200-pound, lifelike shark submarine called “Troy” that enabled him to immerse himself inside the shark world, providing viewers with a rare view of the mysterious and often misunderstood creatures.

For the next four years (2006-2010), Fabien was part of a multi-hour series for PBS called, “Ocean Adventures” with his father, Jean-Michel Cousteau, and sister, Céline. Inspired by his grandfather’s famous 1978 PBS series, “The Cousteau Odyssey”. In the following years, and as a member of multiple cause-driven and charitable boards Fabien has been working with local communities and children worldwide to help restore local water ecosystems.

In June 2014, Fabien and his team of aquanauts embarked on Mission 31, the longest science expedition to take place at Aquarius, the world’s only underwater marine labora- tory located in Florida. Fabien’s Mission 31 broke new ground in ocean exploration and honored the 50th anniversary of his grandfather’s original underwater living experiment (Conshelf Two) by going deeper, longer and further, while broadcasting each moment live on multiple channels exposing the world to the adventure, drama and mystique of what lies beneath. After 31 days of underwater research, Fabien managed to break his grandfa- ther’s Red Sea record and collect 3 years’ worth of data in his short time underwater. The expedition reached over 100,000 children on all six continents; and more than 30 billion media impressions. Coming off this great success, Fabien created the OLC with the hope to continue Mission 31’s goal of preserving our ocean.

Recently Fabien has spent time on various oceanic projects, and been featured on numer- ous television specials. In 2018, Fabien and the Aquatica Submarine team submeberged into the great Belize Blue Hole and mapped the entirety of the sink hole; discovering areas that were once above water, underwater wildlife, and human debris. The entire special was broadcasted live on The Discovery Channel!

Currently he is working on multiple projects and dedicates much of his time to the Fabien Cousteau Ocean Learning Center (“OLC”), his non-profit founded in 2016 to fulfill his dream of creating a vehicle to make a positive change in the world. 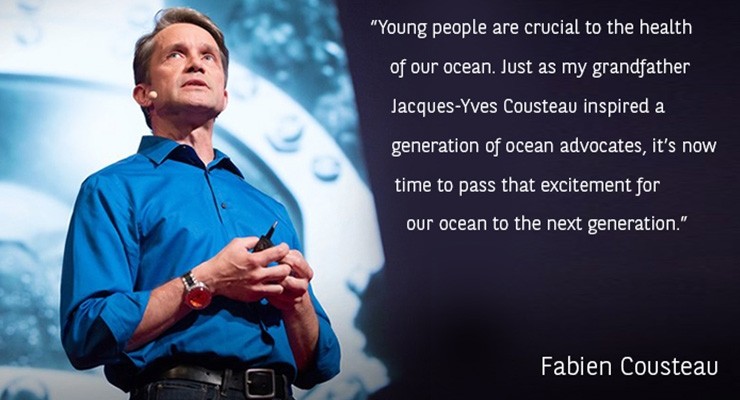 To learn more ∨
Why an "Impact Journey"?
Contact Us

Tourism: The end of a model