NextGen 2022 in Roma "Amplify your impact through art" 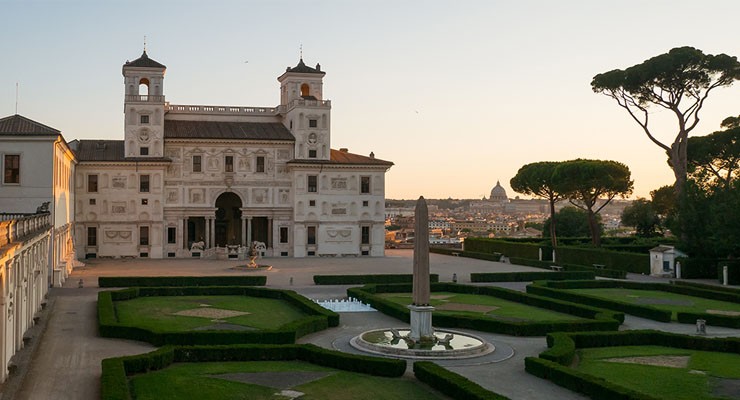 Next Generation has been a flagship event for BNP Paribas Wealth Management for almost two decades.  Bringing together the heirs (the adult children) of our strategic clients, we cement a multi-generational relationship with these families.

But it’s not all about markets and products and the economy—we know that many of our NextGeners are interested in subjects that aren’t dominated by numbers.  So how does a bank mix a cement for those more aesthetic NextGens?

The Villa Medici in Rome conjures an image of idyllic gardens, a palace-like complex, and a breath-taking view of the eternal city.  Housed in the Villa was the French Academy (the Rome branch)—whose establishment by Louis XIV way back in the 17th century paved the way for his modern descendant, the Institut de France: a nexus where artists in residence meet visiting artists who meet the public at large, it’s a total immersion into the world of art in all its forms.

That very Villa hosted BNP Paribas Wealth Management and 40 of its NextGeners at the end of September, and our clients enjoyed a deep dive into more traditional art like painting, sculpture, and music… but were also briefed on modern and contemporary art, including digital art like NFTs.

You may be asking: why is a private bank like BNP Paribas Wealth Management hosting clients for an art-themed seminar?  It’s all part of our GTS@WM Strategy—(Growth, Technology and Sustainability). Each of the presentations heard by the NextGeners focused not just on art, but on the impact that art has had on society as a whole.  They even went so far as to hear cases of how our Group has promoted art like cinema to sustain industries hard-hit by the pandemic, industries whose positive influence can make the difference on more social issues facing society.

Our Banking experts focused on the “S” of Sustainability, with discussions about philanthropy in favour of art as a force for social change, about investment in biodiversity, and about Wealth Management’s innovative clover rating system that rates the “S” level in one’s investments.

The programme’s end marked a special moment between the Bank and the NextGeners—who all recognized that the engagement BNP Paribas has to its clients extends far beyond finance and targets what’s truly important to them even when the subjects aren’t numbers-related.

That is the support our Entrepreneurs & Families seek: in their projects, in all their forms.

Partnership with NEXUS: support the growth of social entrepreneurs