Agrifrance, a specialised department of BNP Paribas Wealth Management, publishes its report on the French rural land market and this year it presents the organic wine market. 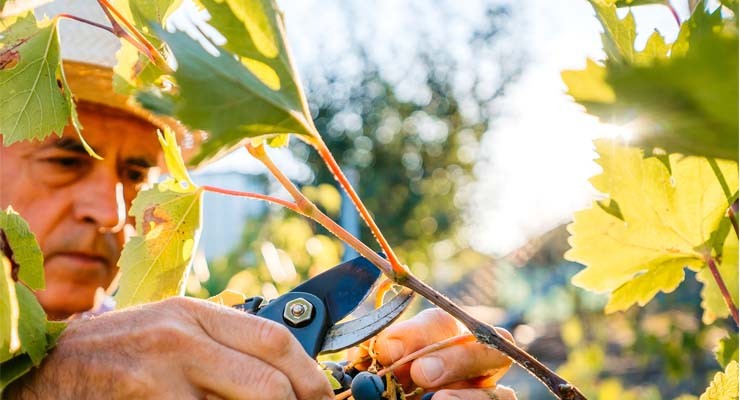 In 2020, the Covid-19 crisis has accelerated citizens' and consumers' awareness of the need to preserve the planet and to have a more positive impact on social and environmental challenges.

“The rural world, farmers and winemakers are not alien to this new phenomenon. Organic farming accounts for less than 5% of the world's cultivated surface area, but is growing at a spectacular pace! In France, the organic winegrowing area increased fourfold in ten years.  Today, organic vines occupy one in ten hectares, and by 2023 French organic wine production is set to double. Winemakers must more generally solve the tricky equation of meeting consumer demands while reining in production costs. Technical advance, organic controls, innovation and communication must help the wine sector to progress, in a sustainable and positive way, towards greater transparency and awareness of consumer demands”.

The main trends of the report:

Thank you for your interest

Breakdown of organic wines in France, by region 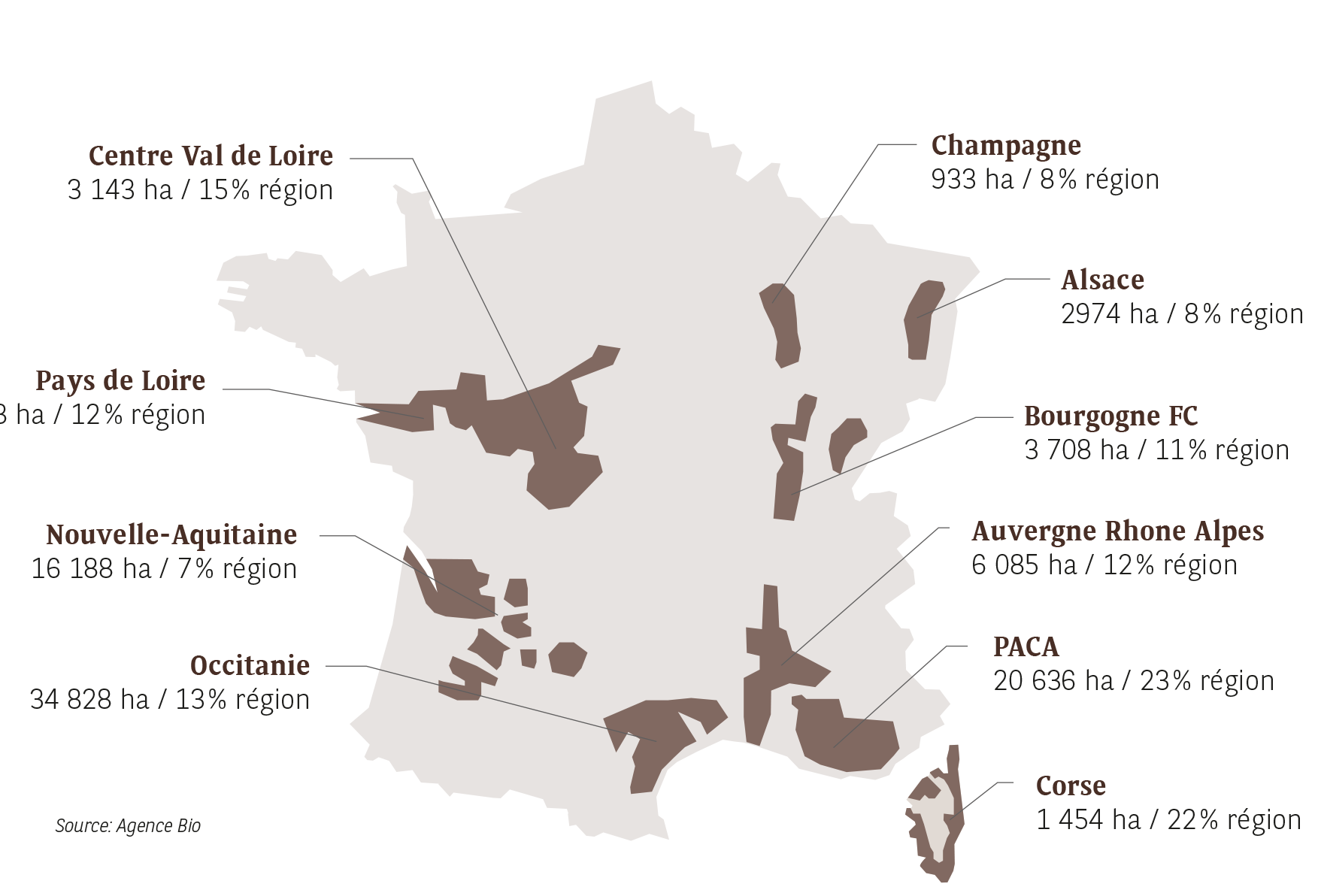 The second part of the study is devoted to the French rural land market:

Nevertheless, despite the economic environment of low interest rates, French rural land continues to perform well and appreciate in value.

Special report on the rural land market in Britain

Did you say Organic?

Forests: An attractive asset for investors