How to Create a Foundation?

As the world’s awareness to increasing inequalities and threats to our environment rises, new generations of families and successful entrepreneurs are growingly willing to act and have a real impact on the world.

Over the past years, the interest to set up foundations and use charitable giving to support general interest causes has grown fast, more and more championed by families’ new generations and entrepreneurs. 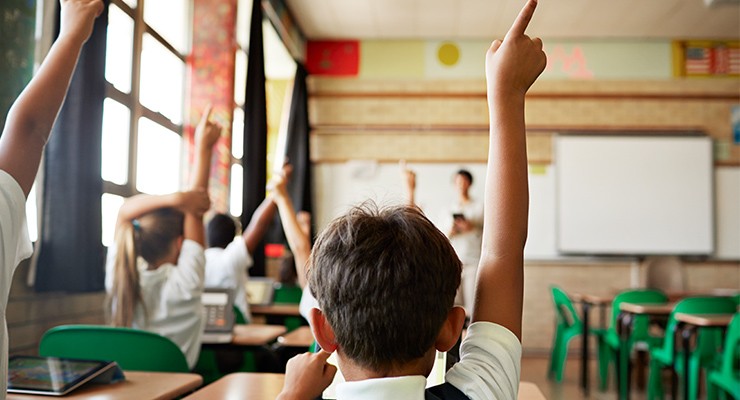 When the decision to be involved in philanthropic endeavours is taken, “would-be philanthropists” can decide to either directly support existing charitable organizations, with unrestricted grants or earmarked ones, or create their own philanthropic vehicle, often a foundation status.

Before taking a decision to set up a foundation, it is important to define one’s values and focus, but also to carry out a thorough market analysis, and determine one’s strategy and mission. Creating a foundation is a demanding endeavour requiring lasting commitment, both in terms of capital and time. It might seem simple for someone motivated and full of energy and ambitions to set up and launch a project. Yet, getting involved in a philanthropic project, specifically the creation of a foundation, in most cases a passion project, requires significant preparation and thinking ahead.

While maturing one’s thinking process, it is recommended to exchange with experts and other passionate people, to communicate clearly what one envisions. This often allows clarification and focusing (or refocusing) on important questions that would be raised subsequently, helping to understand in detail one’s objective. In most cases, the final goal is larger than the initial idea, and the conversion from idea to concrete impact involves difficulties and obstacles that were often not anticipated.

There are four main factors behind the decision to create one’s own foundation instead of giving directly:

As an illustration, the BNP Paribas Wealth Management’s Philanthropy Advisory team has recently helped an entrepreneur to secure the future of its timber family business, while ensuring that the company’s profits are dedicated to forestry and wood research. Another example was the funding of a new structure focused on establishing a shelter for abandoned animals. These two causes were not directly served by existing structures.

Foundations don’t operate in a vacuum. In each country, the creation of a foundation has to abide by strict corpuses of laws. From corporate law to tax law, governance and regulations, the country of incorporation matters. The endowment rules – related to the minimum mandatory initial capital – vary from one jurisdiction to another.

While there are differences between the countries on multiple levels, there are broadly two kinds of laws: Common Law in most Anglo-Saxon countries – and Civil Law – across most of continental Europe.  One of the main differences for example, relates to the right of children to inherit wealth from parents in pre-defined ratios enshrined in civil law, while common law leaves every capital holder entirely free to use their wealth as they intend.

Furthermore, the governance rules need to be carefully assessed. For example, in multiple countries, it is mandatory to include independent experts on the board. Such rules can sometimes counter the original ambition of the founder. These regulations also force to think through the renewal of the foundation’s governance – and especially its board - over time. These issues may not be immediately obvious at the outset but can determine how a foundation evolves and becomes sustainable over time. This is even more critical as the setting up of a foundation is an irrevocable decision to allocate significant volume of capital to its social mission.

Beyond a general ambition to deliver impact, the process should always involve careful thinking about selecting the beneficiaries of the foundation, identifying the right partners, volunteers and experts to think through the project, assessing the anticipated impact, social or environmental, and structuring the project based on its own peculiarities.

One of the most critical decisions is to decide:

Such a decision will also impact the structure of the foundation and its capital resources, either as an endowment or as an entity funded over time.

In both cases, as a separate legal entity, a foundation has to abide by several key requirements, including preparing and providing audited financial accounts to its stakeholder(s) and its trustee(s), reporting to regulatory authorities, exchanging with the media and civil society.

If one’s goal is to raise money, regardless how much the philanthropist planned to allocate him/herself, all proof-checked processes and governance need to be displayed. For example, in a recent interview with BNP Paribas Wealth Management, Francine and Patrick Violas explained how they carefully built up their governance and organizational process with the help of the BNP Paribas Individual Philanthropy team. As philanthropists, they set up La Tanière: an animal refuge near Paris. La Tanière welcomes animals from laboratories, those seized by customs and those in need of special care and attention. They funded this initiative with a sizeable amount of their own money but their financial resources cannot fully match their ambitions. So they are also trying to build a broad commitment from others to the animal cause. Having a governance set-up including a lawyer, a risk process specialist, and wildlife experts was an important step in building trust with their supporters, families and entrepreneurs in their network.

When a foundation has been set-up, funded adequately, and has gathered the right people driving the initial ambition forward, the work is not finished. An efficient foundation needs to ensure a clear process of evaluation of its activities and its internal functioning to improve over time and become more efficient.

In that respect, regular feedback meetings with the trustees and beneficiaries is one of the best practices fostering an open information-gathering forum with those involved. The goal of these evaluations, feedback meetings and peer-to-peer exchanges is to continuously improve the foundation’s activities and maximize its impact.

One can also plan to become a member of networks of foundations/grantmakers that promote exchanges of information and best practices, therefore gaining access to a vast network of experience that can be helpful. These networks can be found at various levels, for example by geography or focused on specific topics.

Setting up a foundation is a very rewarding endeavour but it is also a demanding process. In addition to the required introspection about goals, means and about the process from idea to execution, several steps and processes need to be followed with the help of the best experts.

In that context, the BNP Paribas Wealth Management Philanthropy Advisory has been set up in 2008 to help clients establish their passion projects. With an experience spanning over a dozen years and a thousand of clients advised in their philanthropic projects, the international team is expert at guiding clients through the issues and help them network with the right people, while keeping their energy focused on the cause they cherish.

The Future of Individual Philanthropy in Question by Nathalie Sauvanet