We Need The Sea: The Blue Economy 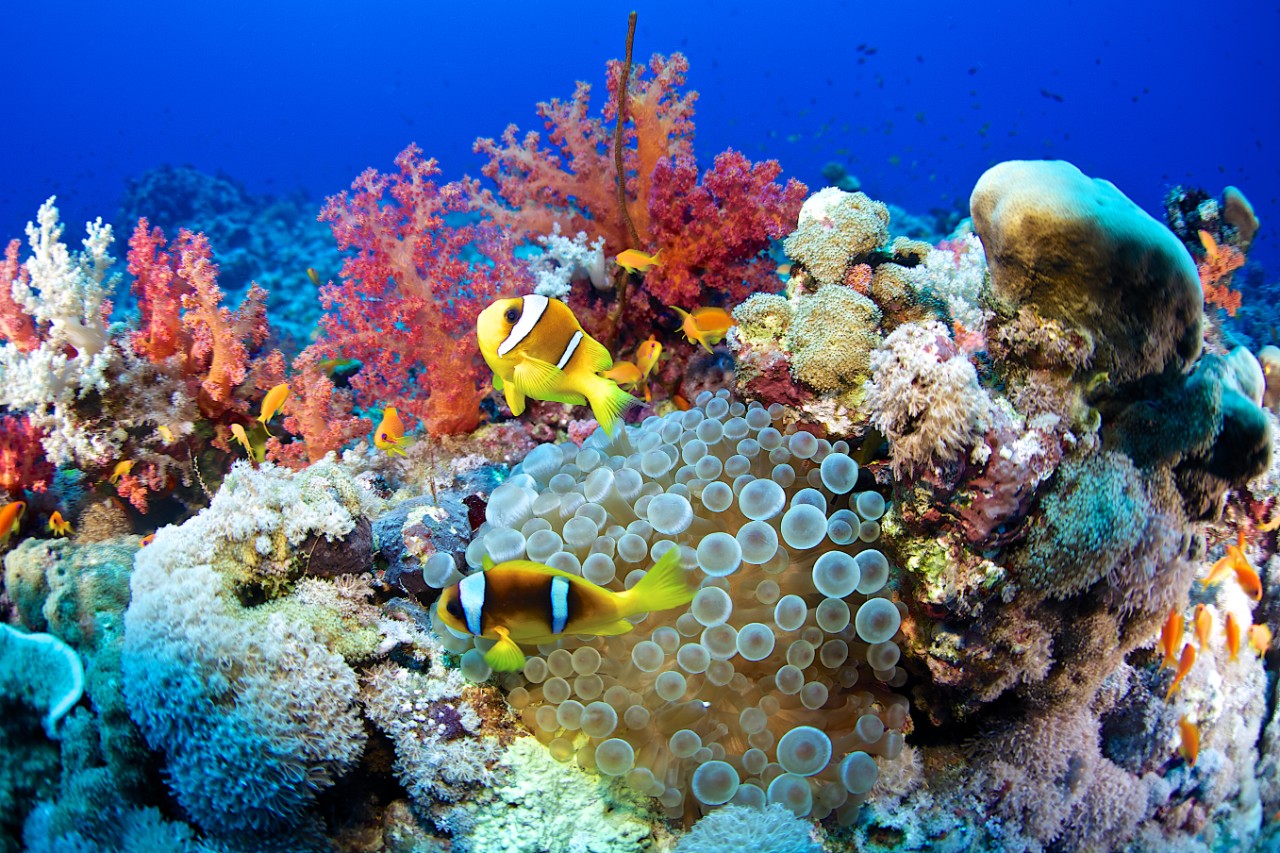 Every year, a fresh wave of bleaching on Australia’s Great Barrier Reef causes large expanses of coral to die. This phenomenon is a consequence of climate change: warmer oceans absorb more carbon dioxide, which makes them more acidic and reduces their oxygen levels. And coral reefs house massive biodiversity which will become extinct if the coral dies; dead reefs also leave coastlines vulnerable to storm damage and flooding as well as destroying local populations’ food resources.[1]

This scenario is just one example of the parlous state of the earth’s oceans. Activities that draw on oceanic and coastal resources also add US$ 3 trillion to the global economy per year – 5% of total GDP.[2] But these vital services and the value they create are at risk from more than just global warming. Industrial waste, sewage and plastics pollution compound the problem, while 33.1% of all fish populations are overfished and 59.9% are fully fished, reducing biodiversity to an unsustainable degree.[3]

The United Nations’ Sustainable Development Goal (SDG) 14 targets ‘life below water’: its aim is to “Conserve and sustainably use the oceans, seas and marine resources for sustainable development.” It sets out to remediate damage to the oceans while enabling their continued use to further improve quality of life for communities that depend on them – the definition of what is now called the blue economy.[4]

One way of achieving SDG14’s outcomes is through establishing Marine Protected Areas (MPAs). Creating and enforcing ocean reserves will end overfishing, restore fish stocks, protect ecosystems, and eliminate illegal, unreported and unregulated fishing. Involving local communities in eco-tourism and other sustainable economic activities will provide employment and incentivise protection of the region’s natural resources – an approach very similar to that adopted on land to reverse the loss of biodiversity due to deforestation.[5] This similarity emphasises that when it comes to biodiversity, everything is connected: not only is SDG14 key to achieving most of the other SDGs, but it also depends on their success.

But SDG14 has received the least investment out of all SDGs: just 2% of the total spending dedicated to achieving them.[6] The United Nations estimates that achieving SDG14 by 2030 will cost about US$175 billion per year, but at present only US$25.5 billion is spent annually – an annual funding gap of US$149 billion.[7] Achieving SDG14.5 alone – placing 10% of oceans under protection – will require an initial investment of US$28 billion and about US$21 billion each following year.[8]

I have discussed what I call ‘natural capitalism’ before. Because many ESG investments are broad-based and aim to limit atmospheric warming to below 2 degrees Celsius in line with the Paris Agreement, they can help ensure that the oceans’ absorption of CO2 eventually stabilises, arresting acidification and giving coral reefs and other sources of biodiversity a chance to regenerate. But this would be a by-product of a longer-term, structural shift towards carbon neutrality: what investments can be made today to jump-start the process of healing the oceans?

First, I should mention philanthropy, which remains the main source of funding earmarked for the oceans: family and business foundations, alongside official development assistance (ODA) from governments and NGOs, have contributed more than US$13 billion in the last ten years.[9] While donations are very important, funding on a scale necessary to restore the oceans’ biodiversity to sustainable levels must offer a return that will attract capital from serious investors.

Recent research indicates that from 2020 to 2050, a global investment of between US$2 trillion and US$3.7 trillion into four vulnerable areas — mangrove habitat conservation, offshore wind production, decarbonising shipping, and increased sustainable fisheries — could yield total benefits of a minimum of US$10.3 trillion – and as much as US$26.5 trillion. This is a rate of return of between 400 and 615%.[10] The challenge for individual investors is finding ways of contributing their capital to schemes that can channel it where it can do the most good – and realise these yields.

Broader ESG-labelled investments are a good start. But for those wishing to address the particular issues covered by SDG14, private markets such as private equity (PE) and venture capital (VC) can provide more targeted, direct impact. These asset classes enable investors to provide early-stage financing to projects dedicated to specific outcomes such as reducing the use of single-use plastic packaging, restoring mangrove forests or funding sustainable fisheries. These are likely to be long-term investments, though – and many investors remain concerned that there is a lack of adequate information and transparency involved in these opportunities: 37% of the next generation investors we surveyed expressed these concerns.

The BNP Paribas Foundation is acting on the requirement of SDG14 by committing capital to three research projects that will increase actionable – and investable – intelligence about the state of the oceans and their future. The EFOCE project works with five European scientific organisations to gauge the extent and effects of ocean acidification with a view to the projected situation in the year 2100. The SOCLIM (Southern Ocean and Climate) project has deployed numerous deep-water modules in the Southern Ocean surrounding Antarctica to measure aspects of this little-understood region, including temperature, oxygenation, pressure and salinity. The resulting data will be analysed to assess the ocean’s ability to absorb CO2. And finally, the bank is funding 12 scientists in their work to quantify the health of the world’s coral reefs, including assessing the roles of reef-dwelling fish and the impacts of environmental disturbances on these critical biodiversity resources.

The scale of change needed to deliver on the SDGs requires more than investment: it means policy changes at the highest levels and the reinvention of many of today’s industries. And it obliges all individuals to change their habits and their ways of thinking. World Ocean Day reminds us that we still have time, but if we are to continue enjoying the beauty of the oceans – and what they do for our planet – then we should start today.