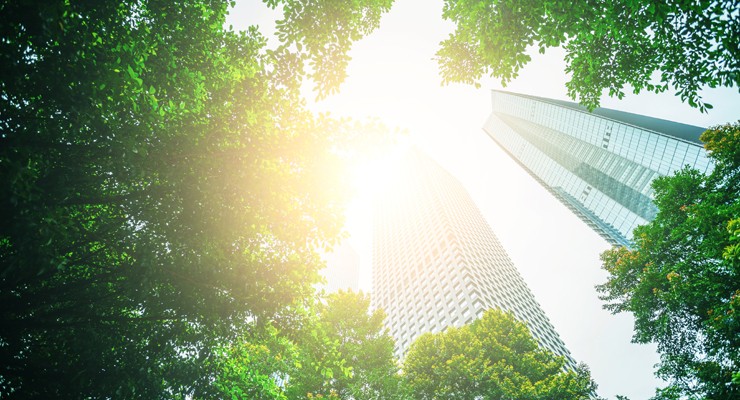 Annual performance ended in the red in 4Q18. More importantly, house prices plummeted by 8.73% in the fourth quarter, reflecting deteriorating market conditions. This was a new phenomenon because home prices in Hong Kong had been achieving astonishing levels for years. That said, the latest news from the Hong Kong residential market is somewhat mixed. In February 2019, monthly home sales slid by 10% month-on-month due to a dearth of launches in the primary market.

Yet, capital values for the mass market stabilized during the month, edging up by 0.4% after dipping by 1.1% m-o-m in January. This is the first monthly rise since prices peaked at the end of August 2018 (source: Jones Lang LaSalle, Property market Monitor, March 2019).

France's metropolitan areas are breaking records, yet price discrepancies are very apparent. Data from the LPI-SeLoger barometer showed strong disparities in the French property market, between geographical areas, especially for older buildings. As a matter of fact, prices of older apartments (l’ancien), vary between the cheapest cities such as Brest (EUR 1,902/m²), Grand Nancy (EUR 2.053/m²) and Rouen, Normandy (EUR 2.246/m²) and the highest suburbs in Greater Paris (EUR 7.137/m², often above EUR 10.000/m² in some arrondissements). Finally, while house prices rose sharply in Rennes (+14.6%), they slowed down in Grenoble (+0.9%) and Montpellier (+0.4%, source: SeLoger.com, 25 April 2019).

Asking prices for homes in the United Kingdom continued to decline on an annual basis, falling by 0.1% in the 12 months to April 2019. This was a slight improvement from the 0.8% annual decline recorded in the previous month (source: Rightmove Real Estate Price Index, 15 April 2019).

Interestingly, there were considerable regional variations, with Wales and pockets of northern England outperforming London and the South of England. This trend is not new, and crept back in 2018. As a result, the highest annual price increase was 3.8% in the West Midlands, followed by a 3.6% increase in Wales and 3% in Yorkshire & Humberside. This contrasts sharply with the British capital, which posted a 2.2% drop in annual asking prices.

It is a challenge to give a clear picture of the UK’s residential markets. According to the UK Residential Market Survey of the Royal Institution of Chartered Surveyors (RICS) (March 2019, published on 11 April 2019), the housing market remained sluggish in March, which had been seen in the sales market for several months. With respect to prices, 24% of respondents reported a decrease (rather than an increase) in prices in March. As the survey shows, London and the South-East continued to post the lowest price sentiment, with Scotland and Northern Ireland being the only regions in the United Kingdom to have experienced sustained price growth on a regular basis over the past two months. Looking ahead, at the national level, 15% more respondents expect house prices to be higher in twelve months’ time.

"Brexit remains a major constraint on market activity, with anecdotal evidence indicating that potential buyers are reluctant to engage in the face of increased uncertainty.” (source: RICS survey, March 2019).

SLOWING CAPITAL APPRECIATION RETURNS IN THE US

The S&P CoreLogic Case-Shiller 20-city home price index in the US increased by 3.6% y-o-y in January 2019, albeit easing from a 4.1% growth in the previous month. This is the smallest annual gain in house prices since September 2012. Las Vegas reported the biggest increase in house prices (10.5%), followed by Phoenix (7.5%) and Minneapolis (5.1%). In Seattle, annual price gains tumbled from 12.8% in January 2018 to 4.1% a year later. San Francisco saw annual price increases shrink from 10.2% to 1.8% over the same period (source: S&P CoreLogic Case-Shiller, 26 March 2019). Mortgages are very important for home-buyers, and much will depend on future rates.

"Many housing markets continued to show attractive returns last year, with buyers chalking up reasonable profits in real terms. However, the sky is not the limit, even in the current context of stubbornly low interest rates. A number of overvalued real-estate markets have experienced price erosion in recent months or have been characterized by a slowdown in price growth. In addition, home prices can vary considerably in the same market, a trend which we expect to continue in the coming months."